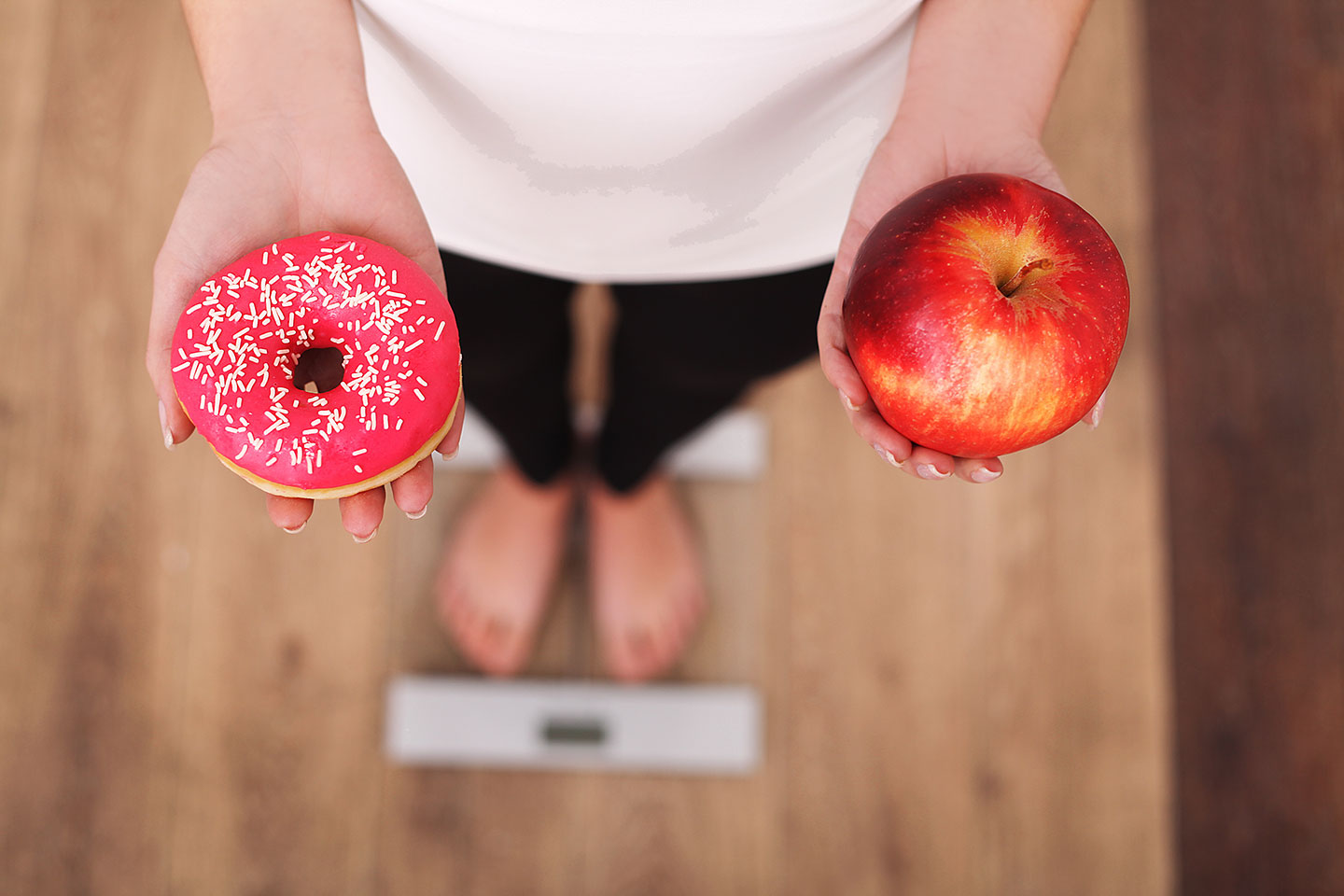 Ever wonder why you can’t get control over your eating habits? Do you find yourself trapped in a pattern of dieting, over-eating the thing you were restricting/dieting, and then dieting again? I’m here to tell you that it’s not you. You are not the problem because something larger is at play. There is a legitimate, logical reason behind this never-ending, on-again-off-again cycle. The truth is, these intense cravings or feelings of being out of control aren’t a result of your inability to diet successfully. You’ve been trapped inside the Restrict-Binge Cycle.

This cycle involved four phases: restriction, intense cravings, binging/overeating, and feelings of guit and shame. They don’t have to occur in this exact order, but the cycle does always involve these four phases in some capacity. I’ve seen many clients at different stages of the cycle. No matter what phase they’re at, it is possible to get off the ride once and for all. So while it can start at any point, we’ll begin with the following:

The cycle can begin with restriction, and often does for many people. Restriction is any form of undereating a certain food or food group. This could be in the form of physical restriction (not eating sweets, limiting carbs, eliminating all fats, etc.) but it can also include mental and emotion restriction. This kind of restriction might be “allowing” yourself to eat certain foods but shaming yourself for it after. Both forms of restriction are equally as harmful and can really kick start the never ending cycle.

After restricting a food long enough, those intense cravings hit. Restrictive food rules will lead you to a natural drive to eat. Our bodies are smart, a lot smarter then one might think. They know when they need a certain food or nutrient that they aren’t getting. Its job is to keep you nourished and fueled, so it will trigger certain hormones and bodily process to make you desire or crave that food. Carbs tend to get a bad rap, which is actually BS, but we’ll save that for another day. When you restrict carbs, your body then releases serotonin which then causes you to crave them. When you’re undernourished, the body responds by releasing the hunger hormone, ghrelin, to give you that push to actually fuel yourself. So restricting is counter-productive entirely because your body has it’s own, non-diet agenda.

When the body has been extremly restricted, these feelings of crave and desire intensify extremely! It’s completely out of your control when these cravings occur. Your body is doing greater work to keep you alive and nourished. Like I said, it’s extremely smart.

To finally put those intense cravings and desires at bay, you might find yourself overeating and potentially binging that food you were originally trying to restrict. You open the flood gates of staring to eat “off-limit” foods and find yourself unable to gain control. You might even feel full but literally cannot stop. You might slip back into that all-or-nothing mentality and think to yourself, “well, I’ve already messed up so might as well go all out.”

Once you get a moment to breathe and step back from the chaos, you might see that you consumed the entire bag or container of that “off-limit” food. Did you even taste it? Did you even get to enjoy the experience of eating that food? The answer is likely no, because it goes against all of what you were told and worked to avoid.

Feelings of Guilt or Shame

So because you’ve acted on those intense cravings and desires for a certain food or behavior, and rightfully so considering you restricted and ignored them, you then experience the emotional overwhelm that follows it. The feelings of shame for “losing control,” the feelings of guilt for doing the exact thing you worked so hard to not do. And who can blame you? Society has decided that restricting is an example of great willpower while overeating or “indulging” in foods labelled as “bad” or “unhealthy” is frowned upon.

But, the kicker is what comes after. To address these feelings, you turn to something you feel you have actual control over: your food choices and behaviors. You go right back to the beginning of the cycle in an attempt to “balance out” what you’ve done and start over. You restrict, and then you’re back to square one.

How to Prevent the Cycle

This cycle makes it essentially impossible to make real change towards your goals. It holds you back and keeps you on the never-ending ride. To ultimately break this never-ending cycle, you have to stop one of the four phases. It could be making change at the point of restriction or addressing the feelings of shame after a binge so you don’t restrict, any point is a good point to start.

Here are some practical ways to put an end to this cycle:

It’s so important to understand that it is never an issue with a person’s “willpower,” the Restrict-Binge Cycle is something that can affect anyone, in any body size. We see so many of our clients struggle with the Restrict-Binge Cycle, and understandable so considering the society we live in today. Once you identify the portion of the cycle where you can start marking change, you will shift away from it. You will reclaim your relationship with food and yourself, taking power away from toxic diet culture. If you’re ready to get off the ride for once and for all, schedule a free discovery call with us!